You are using an out of date browser. It may not display this or other websites correctly.
You should upgrade or use an alternative browser.

Posting this here but also posted on The Hull Truth. More of an FYI for anyone with a similar issue as it was very frustrating for me.

Posting this because it's been a total head scratcher for me trying to figure out our issue and I've learned a few things. And hopefully Google bots crawl this post for the next person with a similar issue.

In November we were out on the water and got a low oil pressure on our port engine. I shut the engine off, checked the oil, looked for leaks etc... All seemed ok. Started the engine up again and the oil pressure was all over the place. Dropping to zero then bouncing to 40, to 80, then fully pegged (over 1,000). I figured it must be the sensor/sender.

We made it home slowly just in case at around 7kts. Started to investigate and got the service/shop manuals out for the engine which covers many versions of the 4.3 from GX to OSi etc... In the manuals it shows a pressure sender that is around 2inches in diameter with a single ring terminal connector at one end and a 1/8in NPT thread at the engine end. It shows the sender connects to a 45 adapter at the rear of the engine, near where the distributer goes I think. I ordered a Sierra version of this sender for $50.

Got to the boat, and for the life of me, I cannot find that sender on my engine. I spent a lot of time lookint, but in my particular boat (2008 Chaparral 290 Signature) there isnt a lot of room back there and I'm 6'3", couldn't find it. Today I went down with my inspection camera, not luck either. Nothing that looks or feels like the sender I bought.

Looking around the rest of the engine, I found a couple of other senders. Both on the port side of the engine, just past the most rearward exhaust port of the manifold. One is coolant temp as its attached to coolant lines. The other is right above the oil lines that connect to the remote oil filter housing. It was actually barely hand tight, and I pulled it out and some oil escaped, maybe 100ml.

Once I was able to see the part number on it, determined that its the sender/sensor/switch. It has 3 terminals and is smaller than the sender I bought. Once disconnected my boat reads 0 oil pressure and the alarm is sounding every 2 seconds. This part is 3887328 which isn't referenced anywhere in the shop manual. Also luckily, it's much easier to reach and access. Should have the part next week and hopefully all is sorted.

Anyhow, hope this helps someone else, I couldn't find this info anywhere or an image of where this bloody thing is.

The misleading part in the manual:

The sender I pulled out and will replace.

Now this is just me..... I always start at the simplest things first. I would try replacing the oil filter. Simple and cheap to do! The filter could be clogged.

As mentioned I had a Sig 290 with Volvos. The only problem I had with it was the fuel pumps. One stared to go and 2 weeks later the other one started to fail. After 250hrs and 6 years. For me the first sign was stalling when backing into my slip.

Still waiting on the pressure sender to come in. I did manage to find one at the local GM dealership, but the one for auto is aluminum, and has a slightly different electrical connector.

I did an oil and filter change as well but the issue remained. Fingers crossed its just this sensor and I'll be back up and running!

carl_jarrett said:
The sender I pulled out and will replace.

You should have 2 senders. The large varible resistor referenced on the parts diagram is for helm display. The smaller one talks to the ECM and is a simple switch that is a go/no go situation, which sets low oil pressure alarm. The big one depends on a good ground, so do not use teflon tape on thread. It will either be located as indicated on the drawing, or it is just above the oil filter mounting boss, port side, rearward under the exhaust manifold and a pain to access.

I believe this actually does both in the newer 4.3 OSi-JF: 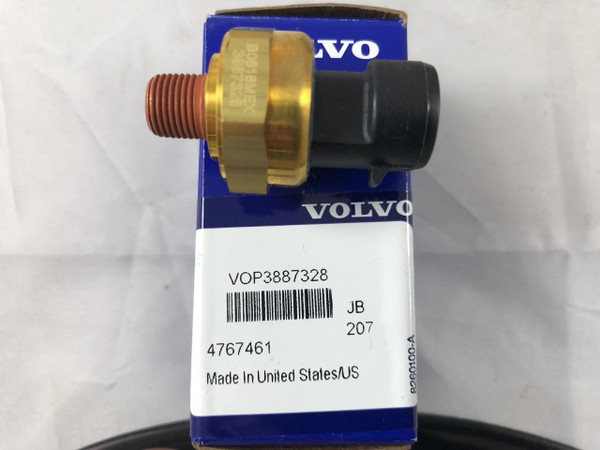 It has 3 poles, and when I disconnected it, I no longer got oil pressure to the helm gauges or to my Garmin display and the warning beep was continuous.

Staff member
his one 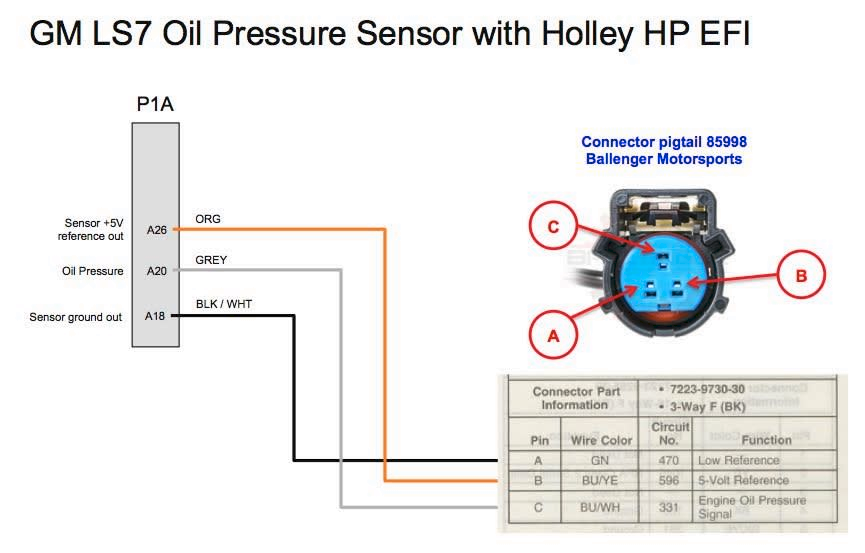